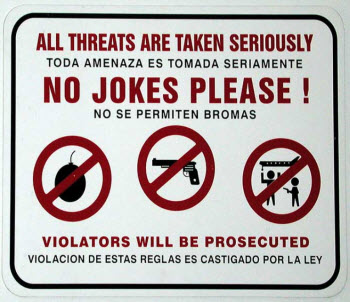 TRUMP is in the middle of his 17-day trip to his New Jersey golf course, but he says it isn’t a vacation. The staff at the White House said, “It’s for us!.”

After seeing pictures of VLADIMIR PUTIN, also on vacation, bare-chested. As much as people complain about TRUMP going on vacation, at least, he keeps his shirt on.

Tensions with North Korea continue to rise and the news organizations are actually telling people what to do in case of a nuclear attack. People should immediately stay inside and keep watching Netflix.

DONALD TRUMP started another Twitter war, this time with MITCH McCONNELL. McCONNELL is going to shoot back a response as soon as his grandchildren show him what Twitter is and how to use it.

McCONNELL versus TRUMP. I don’t know who is going to win this battle. It really is a case of the “Turtle and the Hair.”

While the PRESIDENT is on vacation, the White House will be undergoing a $3.4 million renovation. TRUMP said he’s hoping to replace the kitchen, the carpeting, the Attorney General and MITCH McCONNELL.

Yes, the White House does need some work. Apparently the place has a ton of leaks.

A truck carrying 22,000 pounds of laundry detergent crashed on the Pacific Coast highway. It was terrible. While the tide was coming in the “Tide” was going out.

Even though the US Postal Service says it will lose billions this year they’re still expecting a very big Christmas. They just ordered one million new “This Window Is Closed” signs.

The stock market has been up and down all week. Wall Street hasn’t seen so much “short selling” since GARY COLEMAN’S garage sale.

It’s back to school time! I won’t say that kids today are more sophisticated, but the latest edition of “My Weekly Reader” now has an “After Dark” Column — And on the cover, a picture of ALEXANDER HAMILTON sitting nude on wrought iron furniture.

But you’d better hit those books, kids. You have to be able to spell “SAT” in order to pass it.