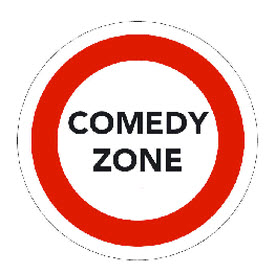 For those of you who might be new here, he used to write for Alan King, Milton Berle and Jonathan Winters, just to name a few. And all those Dean Martin Roasts, too: Don Rickles, Red Buttons, Phyllis Diller, Sammy Davis, Jr., etc.

ANTHONY SCARAMUCCI was officially removed as communications director. And it became a little awkward when SCARAMUCCI called “Uber” to pick him up at the White House and SEAN SPICER was driving.

SCARAMUCCIi lost his job after only 10 days, following an obscene interview with the New Yorker. You know it’s bad when you get fired after 10 days and everyone’s saying, “What took so long?”

Yes, SCARAMUCCI is gone, but his cologne will linger forever.

The PRESIDENT still wants a job for SCARAMUCCI, but one that wouldn’t require him to be so prominent and seen that often. To which SCARAMUCCI said, “You want me to be first lady?”

There is a lot of “repealing and replacing” going on in Washington. Not Congress! From the White House staff.

SEAN SPICER is out. REINCE PRIEBUS is out. “Trumpcare is” dead and KIM JONG has a missile that can reach Los Angeles. And somehow, I don’t feel tired from all the “winning” yet.

The state of Colorado has determined that the tax revenue from the sale of legalized marijuana has now exceeded half a billion dollars. Unfortunately, they’ve already spent all that money on Pringles, Oreos and Pop Tarts.

The Today Show featured a group of moms in California who said that smoking weed makes them better parents. When asked if their kids agree, the moms said, “Oh, crap on the kids!”

PRESIDENT TRUMP will begin a 17-day vacation at his beloved Bedminster Golf Club in New Jersey. Finally, he’ll get time to play some golf.

CONGRESS and the PRESIDENT will be on vacation, away from Washington, for the rest of the month of August. Finally we’ll get the best government we’ve had ALL year.