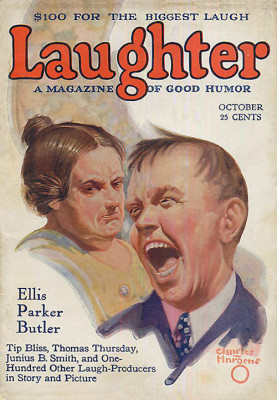 For those of you who might be new here, he used to write for Alan King, Milton Berle and Jonathan Winters, just to name a few. And all those Dean Martin Roasts, too: Don Rickles, Red Buttons, Phyllis Diller, Sammy Davis, Jr., etc.

Earlier in the week, Senate Republicans voted to move forward in the process to repeal and replace Obamacare even though they didn’t know what they were voting for. Just like those Americans who voted for TRUMP during the election.

By the end of the week , with the help of Senator JOHN McCAIN”S deciding vote, ” Trumpcare” was on it’s deathbed. But not to worry, it’s covered by “Obamacare.”

The medical website, “WebMD” is being sold. No word on who bought it, but let’s just say the Republicans finally found a replacement for Obamacare.

Actually, he just wanted to spend more time denying questions from his family.

Then Chief of Staff REINCE PRIEBUS got dumped. “Dancing with the Stars” made the switch, and there goes SPICER’S big chance.

TRUMP’S new communications director is ANTHONY SCARAMUCCI. When the PRESIDENT heard he was called by his friends “the Mooch” TRUMP said, “Great! Now what am I gonna call DONALD JR. and ERIC?”

SCARAMUCCI says he loves TRUMP. I think he wants to be TRUMP. They even caught him alone in the Oval Office trying on TRUMP’S jacket, his tie and his hair.

On the bright side, every Scout in attendance was able to earn a Merit Badge for, “Listening to an old man bragging about his election victory over HILLARY.”

TRUMP also said, “ABRAHAM LINCOLN is the only President more presidential than me.” The scouts earned a second Merit Badge for “Keeping A Straight Face.”

Then TRUMP continued, “And when MELANIA is in town, and staying in the Presidential quarters, I use his bedroom all the time.”

Mexican food chain “Chipotle” will debut its first drive-through window this fall. And if you’ve ever eaten at Chipotle, you know the food is also drive-through.

HISTORY LESSON: 48 years ago this week we did a fantastic thing, we put a man on the moon and the entire nation was ecstatic. Things are a little different nowadays. Today a big deal for us is if a week goes by without a firing, a resigning or an ugly “Tweet” coming from the White House.