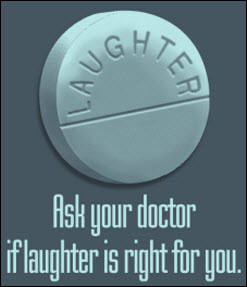 The new Republican Healthcare bill is out and the bad news is, older people still pay more than younger people. Of course, the good news is, they don’t pay more for long.

DONALD TRUMP JR. released a series of damning emails showing he actively tried to collaborate with the Russians before the election. And now all hell has broken loose. Poor PRESIDENT TRUMP, he always wanted to get screwed by one of his kids, but he didn’t mean DONALD.

PRESIDENT TRUMP tweeted that his son DONALD JR. is “open, transparent, and innocent.” Then the PRESIDENT immediately demanded a DNA test, to make sure he was actually the father.

“Open, transparent and innocent.” Those are three things you don’t want to be when you’re in prison.

DONALD JR. hired a lawyer who in the past represented members of four Mafia crime families. The lawyer then updated his resume which now says, “Defended FIVE New York crime families. “

Hiring a Mafia lawyer actually makes sense. The TRUMP family is like the “Godfathers'” CORLEONE family — if all of them were FREDO.

After their loss in Mosul, ISIS is on the verge of total defeat. You can tell ISIS is pretty much on the way out, they’ve already been booked to appear on next season’s “Dancing With the Stars.”

PRESIDENT TRUMP and the FIRST LADY arrived in Paris and there was one uncomfortable moment when they met French PRESIDENT MACRON’S wife, BRIGITTE, who is 25 years older than he is. He’s 39. She’s 64. TRUMP took one look at the French couple and said, “And back in the U.S. they’re saying, I’m turning everything upside down.”

The new “Planet of the Apes” movie will be opening this week. They say it’s more fun than a barrel of people.

After last week’s exciting matches at WIMBLEDON a new poet laureate of the games was proclaimed. Maybe you’ve heard of him? — ALFRED LORD TENNIS-ANYONE.