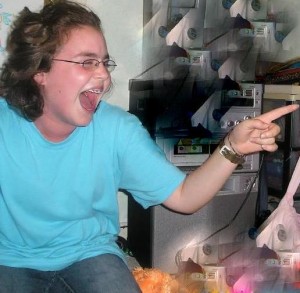 Big news! BILL O’REILLY has been fired from his Fox News Show for harassing women. But not to worry. You can still see him grabbing and groping, only now it’s at the unemployment office.

The question is, “Where will O’REILLY work now?” There’s only one place for an angry old guy who demeans women, and that’s the White House.

While vacationing in Italy, BILL was spotted at the Vatican shaking hands with POPE FRANCIS. That O’REILLY will hit on anything in a dress.

BILL wrote a number of best-selling books including, “Killing Lincoln,” “Killing Kennedy,” and “Killing Reagan.” According to writer, WAYNE KLINE, he will soon be out with his latest, “Killing My Career.”

Tensions continue to mount with North Korea. The U.S. will be moving so many Navy warships to the coast of the Korean Peninsula, hookers in San Diego will have to start hitting on each other.

April 18th was the deadline to file your taxes and TRUMP got some good news. He was able to write off the first 100 days of his Presidency as a total loss.

On Monday morning they held the annual White House Easter Egg Roll and it was up to PRESIDENT TRUMP to hide the eggs. Perfect for the job. Look at how well he’s hiding his tax returns.

Great Britain’s Prime Minister, THERESA MAY, is calling for an early election on June 8, even though it wasn’t supposed to happen until 2020. She’s fed up with all the political fighting, to which Americans all over the country are asking, “Can we DO that?”

A British election on June 8th means there’s only seven weeks of campaigning. Here in America we campaign for years. Believe me, seven weeks would give our voters plenty of time to hate all the candidates.

A new poll finds that more than half of American adults say they’ve smoked marijuana. While the other half’s mouth was so full, munching on cookies, Doritos and potato chips they couldn’t answer the question.

A new report tells us that scientists have begun testing the possibility of using sperm to deliver life-saving drugs to specific parts of the female body. I don’t know about you, but that’s the best new “pick-up” line I’ve ever heard.

Scientists are also claiming that every hour spent running increases your lifespan by seven years. Which means, according to statistics, I died three years ago.

This week was WILLIAM SHAKESPEARE’S birthday. He was born on April 23rd 1564 and died, coincidentally, on April 23rd 1616, prompting Ye Old Hallmark Card Company to come out with its first combination, “Happy Birthday and Rest in Peace” greeting card.