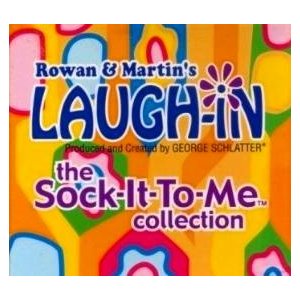 Democrats have called for the chairman of the House committee, REP. DEVIN NUNES, to recuse himself from the investigation into Russia’s election hacking. They say he’s too close to PRESIDENT TRUMP to be impartial. They want someone less close to TRUMP, like MELANIA.

PRESIDENT TRUMP didn’t take any responsibility for the healthcare bill being pulled, but he did announce that he’s working on a new book based on his experience. It will be called, “The Art Of Blowing The Deal.”

MICHAEL FLYNN is also coming out with a book right after he gets immunity and has his talks with the FBI. It’ll be called, “The Art of the Squeal.”

Political analysts say that after their embarrassing loss on Healthcare, the White House staff is desperately looking for a win. Which is why they’re trying to get a game playing the Lakers.

You can see why they thought the Healthcare bill would pass. Winning with LESS votes worked for TRUMP in November.

Coal miners attended a ceremony where PRESIDENT TRUMP signed an Executive Order undoing most of BARACK OBAMA’S climate change initiatives. The miners said they were really impressed with how TRUMP, with one stroke of the pen, brought back “Black Lung,” — which they said happily, is covered by Obamacare.

The miners also were impressed at how, in less than 100 days, PRESIDENT TRUMP dug himself into the biggest hole they’ve ever seen. And that’s where they work, in holes.

PRESIDENT TRUMP’S job approval rating is down to 36 percent. What I want to know is, who are those 36-percent of Americans who approve of a job TRUMP is NOT even doing?

TRUMP’S son-in-law and top adviser, JARED KUSHNER, said the government should be run like a company where the citizens are the customers. And people said, “Well, in that case I’d like a refund on the President.”

HILLARY CLINTON is back in the news. She gave a big speech and encouraged her supporters to, “Resist, insist, persist and enlist.” which means she’s still “pissed.”

PRESIDENT TRUMP will not throw out the opening day pitch for the Washington Nationals. Turned it down! I guess he doesn’t want to be surrounded by a bunch of large Hispanic men holding baseball bats.

Traditionally on the first day of the new season the PRESIDENT throws out the first ball, but TRUMP declined. He wanted to keep the ball and throw out PAUL RYAN.

Because of TRUMP,”Twitter” has become very popular causing our attention span, like the PRESIDENT’S, to go down to practically nothing. In the future, classic novels will have to be more like “tweets” so people can understand them. Soon we’ll have “A Tale of ONE City” — “The GRAPE of Wrath” — “Of MOUSE and MAN” And that mega-bestseller will become “A Shade And A Half Of Grey.”

Saturday was “April Fool’s Day.” Is this a great country or what? TRUMP is President for less than 3 months and he already has his own national holiday.

TIGER WOODS will not be playing in the “Masters” this year, thus missing out on a lot of lucrative product representation. It’s because he still has pain in his back. It’s really a problem. It starts in his neck, radiates down through the shoulder, down to his upper back, his lower back and then all the way down to his wallet.