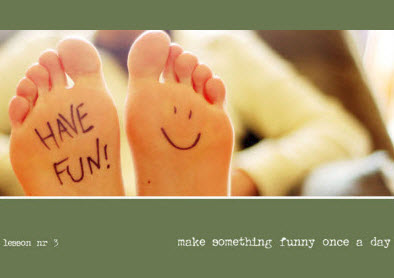 DONALD TRUMP’S 2005 tax return was shown on the RACHEL MADDOW show and the White House says it’s totally illegal to steal and publish tax returns. They said the documents should be released the proper way; by having a Russian hacker give them to WikiLeaks.

This week was the big finale of ABC’s “The Bachelor” and NICK wound up getting engaged to VANESSA, a teacher from Canada. NICK didn’t plan on marrying her, but after seeing the GOP Healthcare Plan, moving to Canada may not be such a bad idea.

Actually, I’m talking about basketball “March Madness” where 64 teams compete until they are whittled down and only two teams remain. Then those two teams will get married and like NICK and VANESSA move to Canada.

Surprisingly, “March Madness” isn’t that big a deal with our PRESIDENT. Maybe it’s because he’ll have April madness, May madness… and it’ll go on right to the end of his term.

The first blizzard of 2017 hit and the entire NorthEast was knee high in snow. Now that Obamacare is getting repealed, it’s nice to know something will be still covering half the country.

New York was supposed to get up to two feet of snow, but it turned to sleet early and became cold, blustery and right in your face. So much so, the Weather Bureau changed its name from Winter Storm “Stella” to “Kellyanne Conway.”

The blizzard also hit Washington, D.C. You know it’s cold outside when PRESIDENT TRUMP, while signing his Immigration Executive Order, had to wrap himself in TWO American flags.

This week PRESIDENT TRUMP met with a SAUDI prince. The man born into immense wealth with multiple wives and an exotic head covering said he couldn’t wait to meet the SAUDI prince.

White House strategist STEVE BANNON is under criminal investigation for voter fraud. It seems he voted last year in Florida while technically he’s still a resident of 1930’s Germany.

Last week was St. Patrick’s Day. A day immortalized by the timeless words of the greatest Irishman of them all, BARRY FITZGERALD, who said, “Quick, call a doctor! Sure-in I’ve got a rash on my begorrah!”

It’s not true that celebrants spend all of St. Patrick’s day in a bar drinking. They spend at least 6 hours in the street — just lying there.

It’s the only time of the year in Ft. Lauderdale, Florida when condoms out sell “Depends.”

If you are away on Spring Break, have fun, do whatever you need to do. Don’t forget Congress is about to take away your Healthcare, so if you’re going to do something dumb, do it now while it’s still covered.