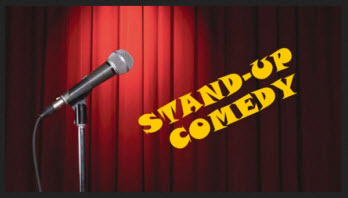 Attorney General JEFF SESSIONS is in trouble because he was caught lying under oath about contacting the Russians during the election. When asked if the allegations were true, Sessions said, “Absolutely nyet.”

Finally, after many questions raised in the media, SESSIONS recused himself from any Department of Justice investigations. When he heard TRUMP said, “May I ALSO be recused?”

What a week for the producers of “La La Land.” First they went up on stage when their movie was named Best Picture. Then it was announced that they actually lost to “Moonlight.” And now they joined a support group with the Atlanta Falcons and HILLARY CLINTON.

WARREN BEATTY and FAYE DUNAWAY were the presenters who announced the wrong film, and “La La Land” was upset when they lost their gold. But it was okay when they realized they were robbed by “Bonnie and Clyde.”

The accountants at PricewaterhouseCoopers who botched the Oscars have received death threats. The FBI tried to investigate, but the accountants handed them the wrong hate mail.

PRESIDENT TRUMP gave his first address to a joint session of Congress. The speech was on a 10-second delay so TRUMP could live-tweet about how great his speech is going.

83-year-old Supreme Court Justice, RUTH BADER GINSBURG, does a workout every day. She began seriously taking care of her health the day after election day.

The Senate confirmed former Texas Gov. RICK PERRY to lead the Energy Department. And why not? Look at all the energy RICK had when he was on “Dancing With The Stars.”

In California, an experimental self-driving UBER CAR drove through six red lights. In other words, it just passed its Los Angeles driving test.

Chocolate maker HERSHEY is reportedly expecting to cut its global workforce by about 15 percent. For the first time ever, chocolate is giving up people for Lent.

By the way, it was recently reported that Chocolate was considered to be the most perfect food. This was the result of an impartial poll taken in Hershey, Pennsylvania.

As therapy, inmates in some prisons are given dogs to nurture and train. The cons teach them to “Sit” – “Stay” – and “Never bark at a burglar.”

In Oregon, a female high school student who showered naked in the boy’s locker room, lost her title as Valedictorian. However, she did gain the title of “Miss Congeniality.”