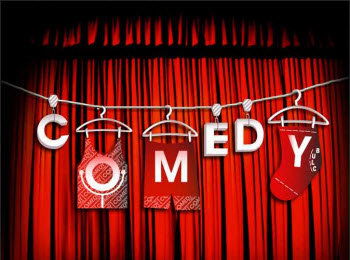 PRESIDENT TRUMP will sign a second Executive Order to stop immigrants from entering the country. He will get rid of the legal problems of his first order by doing what he does best — combing over it.

To show the importance of immigrants to our economy, last week we had a public protest called, “A Day Without Immigrants” or as TRUMP calls it, “A day when MELANIA stays in New York.”

At CPAC, the “Conservative Political Action Conference,” they had guest speakers KELLYANNE CONWAY and DONALD TRUMP. It was two days of speeches followed by 19 days of fact checking.

KELLYANNE has been getting a lot of flack lately and shot back by saying, “it’s because a lot of people have a problem with a woman in power.” This, mind you, is from the woman who lied for a year to make sure a woman didn’t become President.

KELLYANNE says she’s taking some time off from her duties with the PRESIDENT. It’s been a long, hard year and she wants to spend some time lying to her family.

In a speech, PRESIDENT TRUMP suggested there was a terror attack in Sweden that didn’t really happen and the Swedish Embassy asked for an explanation. You know things are bad when the country that makes IKEA instructions is totally confused.

Presidential Chief of Staff, REINCE PRIEBUS, said that PRESIDENT TRUMP’S replacement for Obamacare may take a year. Coincidentally, the name REINCE PRIEBUS sounds like a disease that can be cured with penicillin and is probably covered by Obamacare.

The American flag behind Vice President MIKE PENCE during his speech in Brussels accidentally featured 51 stars instead of 50. It was in honor of our new 51st U.S. state — “panic.”

Statistics show that PUTIN’S approval rating went up 10 percent since he absorbed Crimea into the Russian Federation. When he heard, PRESIDENT TRUMP shrugged and ordered our troops to invade Canada.

The world will be tuned in to watch the 89th Academy Awards. We are guaranteed two things. The show will be so long, by the time it’s over the Botox will loosen up and half the women in the audience will be “scowling.”

And we will all be touched by the “In Memoriam” part of the show. Our yearly tribute to those stars who have passed away and gone to a better place — The “Turner Classic Movie” channel.

The show is expected to last longer than most Hollywood marriages.

Even though Saint Patrick’s Day is next month, starlets filled with the “Irish spirit” will celebrate by strolling down the Red Carpet going “Erin Go Braugh-less.”

The Sports Illustrated swimsuit edition came out this weekend and when I first looked at it my eyes were 20/20, By the time I finished they were 36-D.

Archaeologists in Nazareth believe they may have found the house that JESUS grew up in. And in the backyard they found the pool where he learned to walk.

There was also a basketball basket above the driveway, but no one could score. Whenever anyone took a shot JESUS healed the hoop.

The very first Woolworth’s five-and-dime opened this week in 1879. They went out of business in 1997. You know why? They were nickel and dimed to death.