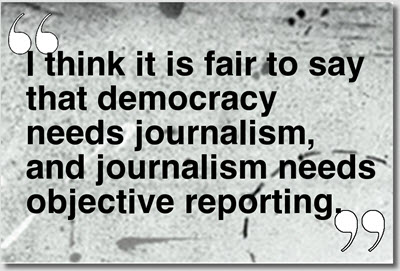 Tomorrow is Media Bias Sunday! Or as I like to call it, Librul Media My Ass Sunday. Previously I kept a running tally of all things unfair, unbalanced for years via the infamous TPC Media Bias Sunday Talk scoreboard. Now the series is a regular feature at Radio Or Not.

No matter who’s in the White House or runs Congress, the corporate media nearly always has more GOP guests appearing on Sunday talk shows than Democratic guests, many of them to the right of right. Tea party right. Carl Paladino “Obama is a Muslim” right.

Time to take a sneak preview of what’s coming up on the Big Media Bias Sunday Talker Line-Up per the Los Angeles Times and the AP… okay? Okay.

NBC’s “Meet the Press” — Pre-empted for coverage of the Olympic Games.