Marriage Equality at the Supreme Court 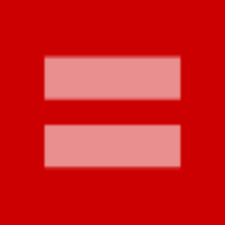 History will be made today and tomorrow at the Supreme Court, as the high court hears a challenge to Prop 8 today, and to the Defense of Marriage Act (DOMA) tomorrow.

On my show this morning, I spoke with Judge David Young, the first openly gay man to sit on the bench in Florida (perhaps even in the country), who left the court to host the Judge David Young Show.

Karl Frisch also joined in from his Bullfight Strategies office, right across from the Supreme Court, where he had a bird’s eye view of all the action outside the court.

And GottaLaff joined in from The Political Carnival to talk about the rest of the stories we might otherwise have missed. ( Links at the bottom of the post)

This afternoon on The Randi Rhodes Show, we’ll go inside the court with Courage Campaign‘s Jacob Combs – who had a seat this morning, and will be back inside the court tomorrowand is blogging about it at EqualityOnTrial.com.

Plus Forbes’ token lefty, Rick Ungar will talk about the right’s claim that the polls and election results differ when it comes to marriage equality, plus the benefits and drawbacks of being married when it comes to finances, retirement and taxes…

Laffy brought us these stories today:

VIDEO: Jeb assumes George W. Bush has a mind, praises him for “not having an opinion on anything” in four years

VIDEO: Melissa Harris-Perry to 16-year-old Steubenville rape survivor: You “are not alone. We have failed you. I believe in you.”

VIDEO- Newspaper commenter: “Get rid of all the n****rs, the spics, the kikes and the wops.”

And I wrapped things up with this must-see PSA on what to do with a girl who’s passed out on your couch, aimed at teenage boys: