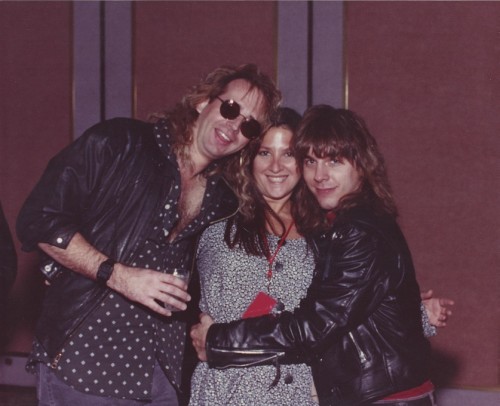 I’ll never forget how I got the news that Kevin Gilbert had died. It was May 18, 1996. I had been out late that night, and returned home to an answering machine flashing with messages. One was from Doug Buttleman, Kevin Gilbert’s and Toy Matinee‘s manager; another from Mark Bonilla, Toy Matinee’s brilliant guitarist. We’d all become good friends through the Mark & Brian Show.

Both messages were of an urgent nature, asking me to call whenever I got in. I somehow already knew what they were going to tell me.

I won’t take this space to dwell on Kevin’s back story… that was told, with brutal honesty, by Joel Selvin in the San Francisco Gate.  I found myself in San Francisco not too long after that story was published, and met with Joel Selvin for a cup of coffee and to thank him for helping to tell the world about Kevin Gilbert.

Instead, I’ll let him speak for himself…

By the time Kevin Gilbert released his solo album, Thud, I had already left KLOS for KSCA fm 101.9. Kevin joined me for an interview and performance on May 30, 1995.