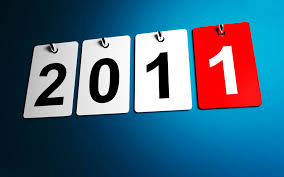 Here we go. Welcome to the New Year. We certainly have our work cut out for us.

I live in South Florida. Or, I should say, Flori-DUH. This is the state that elected a criminal as our next governor. Rick Scott’s former company Columbia HCA (he built it from the ground-up) paid a record $1.7 billion in fines for Medicare fraud and pleaded guilty to 14 felony charges. Oh yeah, this is going to be interesting times in Florida.

If you thought things couldn’t get much worse, my new Congressman is the one and only Allen West.

And, if it’s Monday, it’s Fools on the Hill with Crooks and Liars‘ Nicole Belle.  The Sunday talkers wasted no time kicking off the New Year with propaganda…

The new 112th Congress is right around the corner and the Republicans are jockeying for positions of prominence and to set the tone for the coming congressional session.  And since the Republicans will be in control of the House (just ignore the fact that they didn’t win the Senate and there’s still a Democrat in the White House) the media is only too happy to look to the new Republican bucks to push these corporate narratives.

First up in Chris Matthews & company, all very serious Villagers inside the Beltway.  Their advice to Obama in dealing with new Republican majority?  Ignore your base, punch those hippie liberals and move to the center, baby. Because you know those reasonable Republicans will work with you if you dis your base and work the center.

The thing that’s telling about the clip is that even these Villagers, eager to marginalize the left in any way possible, can’t hide the truth eventually.  Listen carefully, and you’ll hear them dance around the real reason Obama will look better next year: because compared to the Republicans, he’ll look like the reasonable one.

Case in point: Darrell Issa.  Darrell Issa, who has a shady past and has been accused of car theft three times, and who quite Orwellianingly was named the head of the Oversight committee.  Issa, prior to the mid term elections, postured himself as the swaggering he-man that was going to put Obama through the wringers by forcing him to answer to one investigation after.  He went on Rush’s radio program and got so worked up by Rush that he called Obama the most corrupt president in modern times.  He has since walked in back a few times, but still couldn’t pull it together for even a mildly challenging Ed Henry. (It’s a 12 minute video, but he was so ridiculous that it was hard to cut it. )

In saying that this is one of the most corrupt administrations, which is what I meant to say there, when you hand out $1 trillion in TARP just before this president came in, most of it unspent, $1 trillion nearly in stimulus that this president asked for, plus this huge expansion in health care and government, it has a corrupting effect.

When I look at waste, fraud and abuse in the bureaucracy and in the government, this is like steroids to pump up the muscles of waste.

ISSA: I was — I wasn’t talking about TARP legislation. What I said…

HENRY: But you said now that that’s what you meant…

HENRY: OK, but specifically you also went — went after President Obama in the Joe Sestak case in Pennsylvania and called it “Obama’s Watergate,” and you said it was an impeachable offense. So I know you’re — you seem to be backpedaling now and saying you’re not going after him.

ISSA: Ed, just so you understand…

HENRY: But why did you call…

ISSA: Just so you understand, you’re misquoting. And it’s very important that we get it right here.

HENRY: No, we found the quotes, and you…

ISSA: What you’ll find is…

HENRY: In an e-mail, you said…

ISSA: … who had said it was an impeachable event. OK…

HENRY: And an e-mail you put out said it was Obama’s Watergate.

ISSA: Ed — Ed, I came on your show, but don’t create a statement which has to be answered…

Like that Sharron Angle-like response?  “How dare you expect me to be accountable for my words.”  All I can say is it’s going to be a long two years.

Lindsey Graham, who appears to be trying to win back the love of those tea partiers/extreme right wingers who hate him, told David Gregory that he is absolutely unwilling to entertain the notion of raising the debt ceiling unless the US uses this “opportunity” to make austerity cuts to the budget, namely raising the retirement age and means test Social Security and Medicare, essentially turning them into welfare systems, rather than the insurance trusts they were created as.  Of course, he had no problem raising the debt ceiling SEVEN times during the Bush administration.  And what’s worse, is five minutes later Graham said that he thought we should have a permanent presence in Afghanistan.  So we have the money to throw away on a permanent occupation of Afghanistan, but w e can’t be bothered to worry about the seniors here at home?  (I don’t know if you want to use both clips, we can talk about either one or both, depending on your preference).

And then finally, we have the corporate media.  George Will uses the snowpocalypse to say that the biggest problem these metropolitan areas face is public employees unions. Thankfully, Donna Brazile pushed back really well:

This, in a nutshell, is the problem with the how Democrats and Republicans govern. It sounds fiscally responsible to cut costs, to shrink the size of the government when speaking in the abstract. But when something happens, Americans WANT to rely on the government to take care of these necessities. Public employees didn’t cause the “Snowpocalypse”. But the constant drumming to cut costs to the bare bones (and sometimes even whittle those bones down further) shows you the danger of not having the resources when you need it.

And if you really want a laugh:  Judith Miller criticized Julian Assange for not verifying his sources. Pot, meet kettle.