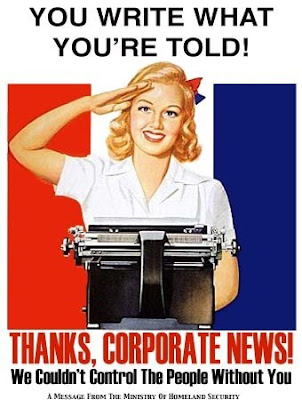 The News used to be the news, but no more.  Now what we get is infotainment – not necessarily the news, and not necessarily factual, but presented as if it is both.  The problem is that the average TV viewer can’t tell the difference – and the corporations that control the broadcast licences for the outlets that propagate  these “stories” don’t care.

They lie to advance an ideology.  They promote hate and the sabotage of our country and its laws.

If I sound cynical, it’s because I am.  I don’t know that there’s any way out of this morass.  I’m thinking of taking a page from the book of Beale, and perhaps changing the name of the show to “Contemplating Suicide.”  I think there are many out there who could relate.

Let’s start with 60 Minutes.  For years, that programs was the epitome of great investigative journalism.  We knew we could believe it if it came from 60 Minutes.

CBS bent over backwards to show their objectivity a decade or so ago when, after questions from the right about the authenticity of documents used in a Dan Rather report on 60 Minutes 2 led to an investigation and, ultimately, to the demise of the show, and the careers of Rather and four producers.

The difference between the stories is that the story in the Rather report about George W. Bush’s deserting his Texas Air National Guard unit was true, and the Benghazi story 60 Minutes foisted upon us two weeks ago is fiction.

But, alas, this is opposite world – where the wrong is right and the lies just keep on coming…

This morning, I spoke with Media Matters‘ Senior Fellow Eric Boehlert to get his take on the issue, which he summed up nicely in a HuffPost piece, “CBS News: We’re Sorry, But Not That Sorry”.

And, since it’s Tuesday, GottaLaff joined in from The Political Carnival to talk a bit about all that, and what’s happening with the Affordable Care Act implementation.  Despite what the Republican-controlled media is telling you, some people actually LOVE “Obamacare”: