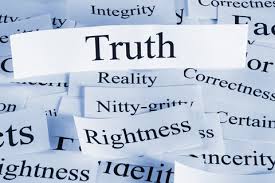 John Lennon’s brilliant “Gimme Some Truth” should be required listening for all who aspire to elected office and all who purport to report the news. But because the lies come at us from every quarter and from those in position of power and authority so often, life often seems like a perpetual telling of “The Boy Who Cried Wolf.”

NY’s tabloids are having a field day with Mayor deBlasio’s decision to turn down 10 of 49 Charter School applications, including three from Eva Moskowitz’ Success Academy Charter School group. It’s a feud, it’s de Blasio’s vindictive nature towards Moskowitz and other inane arguments were lodged, not only by the “news” papers, but by TV hosts and pundits who have bought the propaganda doled out by the school privatization forces and their big money backers.

Yesterday, I happened to subject myself to a fact-deprived, de Blasio-bashing segment on MSNBC’s Morning Joe, featuring Ms. Moskowitz herself.

Way to present a one-side puff piece for Moskowitz and her charter schools! But there are at least two sides to every story. And when it comes to education, I usually turn to Diane Ravitch, who writes of the situation:

[de Blasio] approved 39 of the 49 [charter applications pushed through by Bloomberg’s board in October]. He turned down 9, and one is under review.

Let me say that again. He approved 39 of 49. That is hardly anti-charter. In fact, many public school parents are outraged that their schools will now be forced to give up space to a charter that operates under different ownership (private).

Of the 9 that were denied, three were destined for Eva Moskowitz’s charter chain called Success Academy.

But of the 39 that were approved, Eva won three.

Instead of celebrating the addition of three new charter schools to her growing chain (the largest in the city), Eva has gone on the warpath, claiming that de Blasio is anti-charter and wants to hurt the poor black and brown children she serves.

The media do not know that her schools do not serve the same demographic as the children in the public schools. She enrolls fewer children with special needs and fewer English language learners. Her schools have a high suspension and attrition rate.

Her logic seems to be that since she gets high test scores (note the above sentence as one does tend to get high scores by keeping out low-scoring students), she deserves to get whatever space she wants, rent-free.

By that logic, the city should give extra privileges to students with high scores, and should take away space and privileges and programs from those with low scores.

This makes no sense.

It is sad that Governor Andrew Cuomo threw his political weight on Eva Moskowitz’s side. As governor of the state, he is responsible for all children, not just the precious few in charter schools.

Everyone understands that the hedge fund managers and equity investors are supporting Eva’s fight against de Blasio. He has already annoyed them by saying he wants them to pay a slightly higher tax rate to fund universal pre-kindergarten. The charter school fight gives them a chance to strike back at him, while pretending “it’s all about the kids.” They would like nothing better than to take down New York City’s first progressive mayor in at least 20 years (some one say even longer).

De Blasio has not declared war on charters. He has made a judgment. Many public school parents are angry that he approved 39 out of 49 charter co-locations. Eva and the tabloids think she should have whatever she wants.

The question before the Mayor is whether he will continue to fund a dual school system–one sector able to choose the students it wants–and the other sector serving all. He is trying to have it both ways, and it doesn’t work. He gave the charter lobby almost everything it wanted, and they still came after him as if he had given them nothing at all.

Wow. That’s not what we read in the NY papers or heard on MSNBC at all.

To get the other perspective, I invited Zakiyah Ansari, Advocacy Director at  Alliance for Quality Education  and Fred Baptiste, the parent of three children who attend PS 161 in Brooklyn, a school at which one of Moskowitz’s approved charter schools is co-located.  Quite a different tale is told.

Speaking of different sides to every story, we can see that just by turning on our televisions to try to find out the latest he Russia/Ukraine mess. RT – the channel formerly known as Russia Today, is owned and operated by the Kremlin. It’s coverage of the turmoil harkens back to the bad old days of Soviet propaganda.

Yesterday on the show, I talked about how RT host Abby Martin criticized her network for its coverage and Russia for its actions:

.
Reports say that, for her concern, RT offered to send her to Crimea to report on it first hand (or perhaps for some re-education?).

Another RT anchor, Liz Wahl, took it a step further, and resigned on the air last night:

Here at home, Congress got even more surreal than usual. Darrell Issa is continuing his witch-hunt at the IRS, determined to lie and cheat his way to proving his pre-determined outcome that the IRS was on a political vendetta against right wing organizations, led by President Obama. When former IRS official Lois Lerner again invoked her Fifth Amendment rights against self-incrimination, Issa hastily adjourned his circus hearing without letting the ranking Democrat, Elijah Cummings, speak.

In addition, Issa cut off Cummings’ microphone and his comments in mid-sentence. Sickening behavior that calls for censure. But Issa runs the House oversight committee. How convenient!

And finally, I guess coming the party late is better than never. Yesterday, I ranted about Ed Schulz’ incessant shilling in favor of the Keystone XL pipeline. As I don’t regularly watch or listen to him, I didn’t know that he had gone to Nebraska to talk to the people who’d be most directly impacted by having the pipeline run by the necessary-for-life-int-the-region Ogalalla Aquifer.

But he’s been listening to them and people like you and me. And last night, he make an about face and came out against the pipeline.

Yes, better late then never. But a bit of advice for Ed: In the future, please do your homework before you take an impassioned position for or against anything! You told citizens not to vote in the 2010 midterm elections if Democrats didn’t help the 99ers (long term unemployed whose benefits had run out). After mounting criticism, you backtracked. Too little, too late.

And you did it again on Keystone XL.

I’m glad you saw the light.. but next time, do you homework before opening your mouth and inserting your foot.