Fighting for our Lives 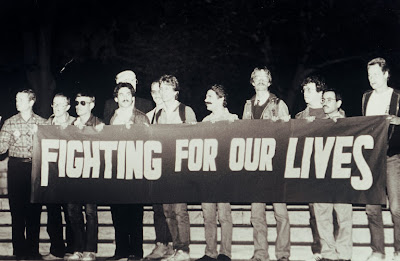 We are. Literally fighting for our lives. In Japan. In Libya, Bahrain and Saudi Arabia.

And all over the United States in places like Wisconsin, Michigan, Ohio, Indiana, Florida, Arizona and other states who’ve elected Republican governors who want to bust unions and penalize the poor and working class for- well-being poor or working class, people are also fighting for their lives.

I can say that with no trepidation, because if these governors dictators are able to foist their agendas on their states, the rights of life, liberty and the pursuit of happiness will be denied. After all, how can you enjoy those benefits of a democracy when you’re unable to get health care, afford to feed, clothe and house your family, or get a job.

Of course, all of that may be moot if we don’t stop the madness of nuclear power. Despite the ongoing PR campaign and mounds of money from lobbyists, no one can say that nuclear power is safe, simply because the nuclear waste is deadly forever. And no nuclear reactor in the world can survive a 9.0 magnitude earthquake.

If you’re like most of us, you don’t quite understand the mechanics of nuclear reactors, “spent” nuclear fuel (or nuclear waste), and what a meltdown actually means.  Rachel Maddow to the rescue:

Scared yet? You should be.  This morning on the show we got some good news, relatively speaking, from Harvey Wasserman of NukeFree.org – China has suspended all new nuclear plants, at least temporarily. The US government reaction? Nothing.  Pay no attention to that man behind the curtain… we’re still going to build new nukes.

If you want to help the people of Japan, do whatever you can to fight against any more of these plants of mass destruction.  As Russ Baker of whowhatwhy.com told us this morning, donating to the American Red Cross or other marquee-name relief agency might not be the best way to help.

Back to the homefront…  Today, the fight for democracy is centered in Lansing, Michigan.  Michael Moore’s website has streaming video of today’s rally– embedded here for all, like me, who are just too far away to get there physically.

Live TV : UstreamThis morning, we once again checked in with Lance Enderle -2010 democratic Congressional candidate from Michigan’s 8th district (and will run again in 2012)- who’s been at the capital in Lansing all month, and is there again today.  Here’s a little run-in he had yesterday, as tempers ran hot.

The bottom line is this… we are in the fight of our lives for our lives and those of our children, grandchildren and great-grandchildren. Stand up for democracy, safety, life, liberty and the pursuit of happiness…  Speak out LOUDLY. If you need some inspiration, just watch Dennis Kucinich: