Fight for 15 and Other Fabulous ‘F’ Words 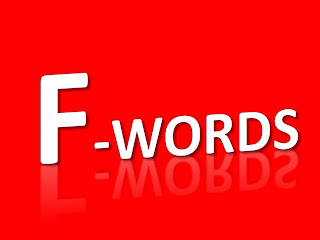 It began with Fast Food Forward – NYC area fast food workers walking off the job, demanding a living wage.  It spread to Chicago, where workers decided to Fight For 15 , once again using those alliterative ‘F’ words to focus on funding families.

In the wake of McDonald’s insulting sample monthly budget  (check out page 4), the protests have continued spreading – St. Louis, Milwaukee and Detroit have seen similar strikes in recent weeks.  And this week, over the next four days, fast food workers in Flint, MI and Kansas City, MO join in the fight.

This morning, I spoke with Greg Basta of NY Communities for Change who’ve been involved with supporting the underpaid workers since their first action back in November about what’s happening in NYC.  And journalist  Josh Eidelson who’s been writing about labor for The Nation, Salon and others, told us about the national action.  His latest piece on what’s happening this week, “Fast Food Strikes Intensifies in Seven Cities,” went up this morning at Salon.com.

It’s Monday.. that means we hang with Nicole Belle of Crooks and Liars in hour two for a segment we call Fools on the Hill..  She and her C&L colleagues watch the Sunday talking head shows so we don’t have to.  Today, she brought us these gems:

If it’s Sunday, it’s time for our little foray into Opposite World.  The conservatives who overwhelmingly populate the Sunday shows really do see world events through a completely different filter than we liberals do.  The only problem is that because these conservatives do take up so much airtime, they inevitably shape the debate to their own limited and often skewed point of view.

For example, George Will knows why Detroit had to file for bankruptcy this month: the cultural collapse caused by unwed mothers.   Right, all the outsourcing of jobs and ‘white flight’ and governmental corruption had nothing to do with it.

Our Lady of the Martini Peggy Noonan knows why President Obama’s pretty speeches aren’t really moving things in Washington.  It doesn’t have to be with intransigent Republican obstruction.  No, no, no.  The problem for Obama is that Americans “stopped listening” to him “earlier than most presidents.”

At one point, Republicans adhered to the Reagan’s 11th Commandment: Thou shalt not speak ill of another Republican.  That message discipline allowed them to dominate American politics for the latter half of the 20th century.  But now we find a party in turmoil and unable to control their newer, less party-loyal members.  Rep. Mike Lee—who has vowed to shut down the government to stop ACA—thinks it’s a compliment to be criticized by his party leaders.

And while he’s not a Republican, David Axelrod exemplifies the Beltway media this Sunday, who to a one decided that Anthony Weiner’s campaign is over and he needs to go away.  Personally, I have a few reasons why I’d like to see someone else in the mayor’s office, but I think the decision as to whether he should be mayor belongs to the NYC voters, not the Beltway media.

With the trial balloon of Larry Summers nomination to the Fed, there is an argument to be made that the Obama administration is living as much in Opposite World as any Republican, but Dianne Feinstein came out this weekend and signaled that she’d be much more favorable to a Janet Yellin nomination.

And finally, because there is no greater example of the hypocrisy of Republican fiscal responsibility, Melissa Harris-Perry has done the math and figured out that House members enjoy (at taxpayer expense) a higher allowance each month for coffee/refreshments in their office than they currently offer the average SNAP beneficiary.  And guess whose benefits are looking to be cut even further?