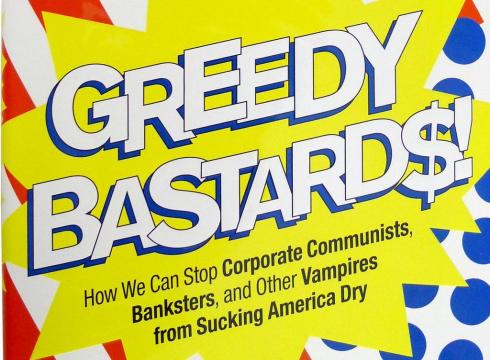 I know that Dylan Ratigan can be a bit polarizing. But today was the second time I’ve interviewed him, and I find him refreshingly honest and one of the few people who’s not afraid to speak the truth.

He joined me this morning to talk about his new book, Greedy Bastards, the need for real campaign finance reform and getting money out of politics entirely, and his Get Money Out organization merging with United Republic to effect real change.

In case you need a reminder of the fire in Ratigan, remember back to August of last year:

As if that conversation wasn’t enough the last me until Monday, we wrapped up the week with a visit from John Fugelsang.

In addition to Jan Brewer’s wagging her finger at President Obama, we talked a lot of music, including the forthcoming Bruce Springsteen tour. Have you heard the first release from his soon-to-be-released album Wrecking Ball yet?