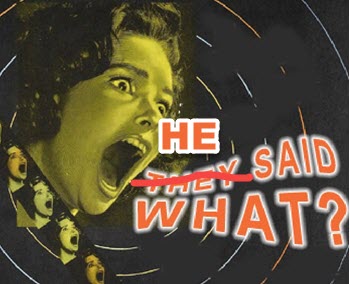 Yesterday, I posted Memo to Team Trump: “Don’t make comparisons to Nazi Germany” in which I spotlighted a deplorable statement made by deplorable Donald Trump Jr. Well, here we go again. This time the focus is on a very sexist 2011 tweet by a very sexist Don-Don Jr.

Big hat tip to a pal for this one, who aptly said to me in an email, “He’s a little sh*t off the old block, ain’t he?” Enjoy:

Ever notice that if u get a herd of mothers together they arent physically capable of talking about anything but birth pregnancy & diapers?

By the way, this is one of the stellar family members with whom Donald Sr. trusts his campaign and business dealings. Think about that for a minute.