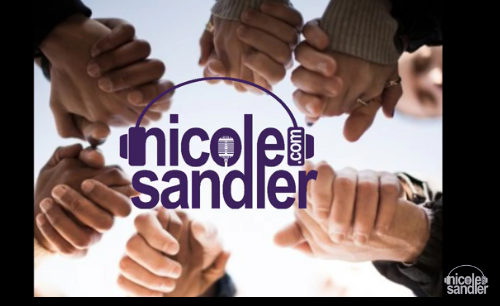 Yesterday, I talked about working out the conflicts of our inner voices, though some people thought I “went too far.” Others thanked me for being “spot on.”

All I know is all I know. Today, it’s that the world continues down its pathway of madness.

People hear what they want to hear instead of actually listening to what’s being said. We talk past one another instead of with each other. Until we learn to shut up and listen, we’re bound to continue making the same mistakes.

Today, I talked a bit about that disconnect. I praised the celebration of Bernie Sanders in the roll call yesterday; his brother Larry’s shout out to their parents as he cast his Democrats Abroad vote for his little brother was perhaps my favorite moment of any convention I’ve seen.

Although I think the Bernie or Bust crowd has been rude and out of line in the booing and general disrespect, I have nothing but praise for the walkout after the coronation.

Yes, I’ll likely wind up voting against Donald Trump in November (the only way to do that would be by holding my nose and filling in the bubble next to Hillary Clinton’s name, but to me it’ll be a vote against him), but I can still voice my concerns about the two horrible candidates we’re tasked with choosing between for our next president.

Today is Wednesday, so Deborah Newell joined in to talk some FloriDUH trash. Today, I was really bummed to find out that the heir to the Publix supermarket chain (that I shop at) fortune has donated $800,000 to defeat medical marijuana here in Florida. I’ll be shopping elsewhere from now on.

In the second hour, I welcomed the brilliant anti-racism essayist, author and educator Tim Wise back to the show to talk about the racial insanity still plaguing this nation in the wake of the news that the the murder charges against the three remaining cops responsible for the death of Freddie Gray in Baltimore after the prosecution failed to get Find Tim on Twitter and Facebook too.

I won’t be here tomorrow… an MRI of my brain is taking priority (details here), but I’ll be back Friday to stick a fork in this week…