A crazy-quick, easy way to express your opposition to Trump #Resist 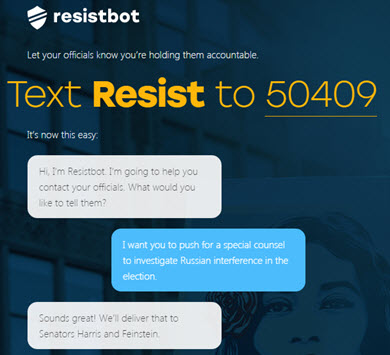 Are you as sickened, outraged, frustrated, worried, and as determined to effect change as I’ve been since November? Feeling a little helpless, a lot exhausted, discouraged, at a total loss? Want to let your elected officials know exactly how you’re feeling, offer them a suggestion or twelve whenever you get the urge? Wondering how to use your voice effectively? Ever wish you could make even the tiniest difference without so much as getting out of bed?

There are so many ways one can be pro-active, even if you’re physically or financially unable to participate in ways you might want to. Personally, I call my representatives, write posts, tweet my fool head off, and donate to every organization that TrumpCo hates, because I can. I donated to all of the organizations below, plus the ACLU and the Anti-Defamation League. In fact, I made sure to make my contribution to the International Refugee Assistance Project in Trump’s name: 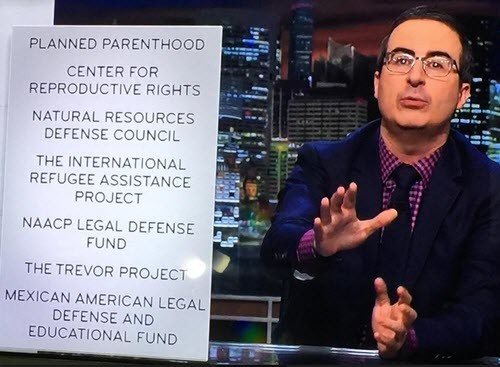 Activists aren’t always able to march, and running for office may not be feasible for many of us (but both are highly recommended when possible). Other options that take time, some knowhow, and energy include speaking at events, motivating others through social media or actually, you know, speaking face-to-face (remember that?) or on the phone, volunteering, and/or creating art, music, or essays to make your point.

But about that whole getting a message to the people who make our laws and have the power to turn the Fraud in Chief’s agenda on its head, our Congress members. I ran across an extra-crispy good way to do that using a tool that is so ridiculously easy, so simple, so quick that even someone as (sometimes) lazy, busy, or discouraged as I am can do it. In fact, it’s fun. I know, because I’ve tried it.

Here’s the scoop, via Recode.net, where you’ll find all the details (bolding is mine):

All you have to do is text. Called “Resistbot,” you’d be right to assume this app is meant to be a thorn in Trump’s side.

“We will faithfully deliver any message our users send in, but the voice of the product is for the liberals and conservatives in opposition to the Trump administration,” wrote co-creator Jason Putorti, a designer for AngelList who volunteered for Hillary Clinton’s presidential campaign, in an email to Recode. […]

Resistbot faxes users’ texted messages to officials. Just type “resist” and hit send to 50409, and the automated bot will ask your name and your zip code. The zip code is used to determine who your public officials are. Then you type in your message.

The how-to at the Recode and Resistbot sites take it from there. In fact, the Resistbot itself prompts you at every turn, so it’s nearly impossible to fail… unless you’re as developmentally arrested as Trump, that is. 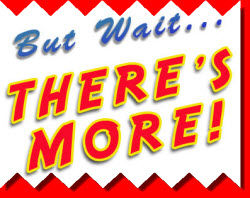 They even send you a photo of exactly what your fax will look like. There’s no guesswork here.

But, you may be asking, isn’t calling your representatives more effective? “Some say” yes. However:

Sending a text message to reach your Senator or Representative may sound less impactful than making a phone call or stopping by their office in person, but Putorti said faxes and emails “are considered just as effective or more so [than phone calls] because there’s no way to truly verify if a call is from a constituent.”

Give it a try. It’s addictive, it’s free, you get to be heard, you’re contributing to the national conversation with minimal effort, and the only side effect you’ll experience is a sense of accomplishment. What’s not to like? 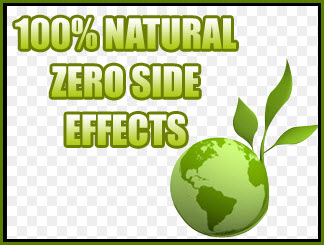