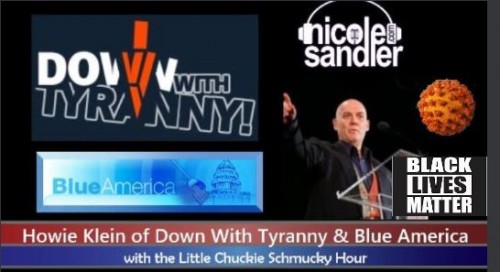 Every Thursday, Howie Klein joins us from Down with Tyranny and the Blue America PAC to talk politics. Today we had some  good news to celebrate, as progressives won big in Missouri! Medicaid expansion finally passed, and Cori Bush beat 10-term incumbent Lacy Clay.There was good news out of Michigan too, where Rashida Tlaib easily trounced her primary opponent, despite the best efforts of establishment Dems and the media, who had written her political obituary.  Today, Tennessee goes to the polls.

Tomorrow, we’ll talk with the Mieselas brothers – Brett, Ben and Jordan– who collectively are the Meidas Touch, the group that’s been making great anti-Trump ads and viral video. This is their latest: