8-28-20 Nicole Sandler Show – How We Got Here: The Rise of the Political Right (Wrong) with Rick Perlstein 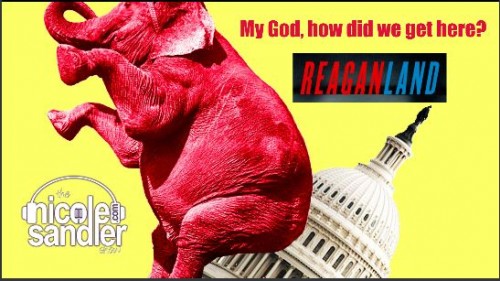 Rick Perlstein has written the definitive history of the rise of conservatism in American politics. His fourth and allegedly final book in the series, Reaganland: America’s Right Turn  1976-1980 was just released.  So Rick joins me on the show today to talk about how the hell we got here.

As usual though, we begin with a look at the news of the day, including last night’s conclusion of the 2020 Republican National Convention aka the shit show.

Today’s funny was a sequel of sorts from Founders Sing…

And here’s the video feed of today’s show, for those who like to watch!