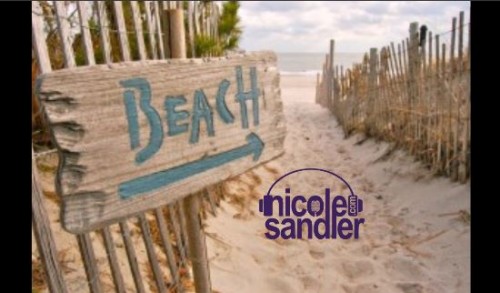 Twenty-five years ago today I was down here in South Florida, visiting my dad. I was living in Los Angeles at the time, and he had just had an accident that left him quadriplegic, so I was flying in every few weeks to see him. He had just been home from the hospital for a month or so, and we didn’t yet have a van or any means of transportation to when we learned that Hurricane Andrew was headed our way.

I was alone with him that night. The nurse decided she should be home with her family. I watched a portable, battery operated TV all night and saw the storm, which was heading right for us, take a left turn and go south, sparing us from the worst of it. But it was still a terrifying night.

Twenty-five years later, the people of Texas and Louisiana are bracing for Hurricane Harvey. I wish they could all have the same outcome my dad and I had 25 years ago.

One year ago today I was getting ready for surgery. I had been diagnosed with lung cancer a month earlier, and the surgery to remove two tumors from my left lung was scheduled for August 30.

I took a few months off from doing my show to recuperate, and returned in October, a few weeks before the election because I couldn’t sit on the sidelines any longer. When I came back, it was on an abbreviated schedule, one hour a day, Tuesday through Friday.

Before my hiatus, the show was five days a week, two hours a day. I had a few regulars who haven’t been back on with me since, including Driftglass. We changed that today when he came back to rant about the media’s “both-siderism” and hypocrisy. It was great to talk with him. Driftglass is one of the original progressive bloggers, still going strong at driftglass.blogspot.com, and he co-hosts the Professional Left Podcast with his wife Blue Gal Fran.

In the first half of the show, I played a piece I produced right around the time of the election, detailing the 14 characteristics of fascism. I posted it separately here:

I’ll be taking a week off to unplug and de-stress, and will return on Tuesday, Sept. 5, right after Labor Day. In the meantime, feel free to peruse the podcast page. It’s all free, though your donations are certainly needed and appreciated.

I always play a few songs of pre-show music each day, and a few people have asked for the playlist. So I’ll try to remember to do this each day. Here’s today’s pre-show music playlist via Spotify: