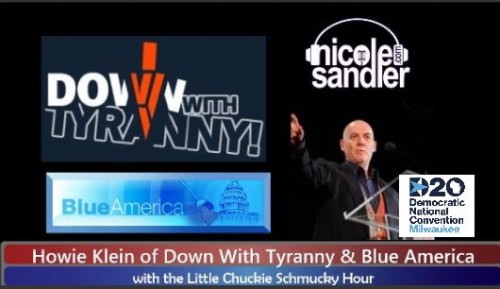 Down with Tyranny and Blue America PAC founder Howie Klein is our guest every Thursday. For the past few weeks, Howie’s been touting some actual progressives in the primary to run for Congress. Well, that election was held on Tuesday, and today we get to congratulate a couple of those candidates who’ve joined us on the show recently — both Adam Christensen and Angie Nixon! Florida embracing progressives! Who’d have thunk it?

Tonight, the first ever virtual political convention comes to a close after Joe Biden is officially nominated. We’ll begin with the latest news, and bring you today’s news and a laugh or two too…

We’re still suspended from live streaming on YouTube, but I have been uploading the show after it’s done. Here’s todays, for those who like to watch