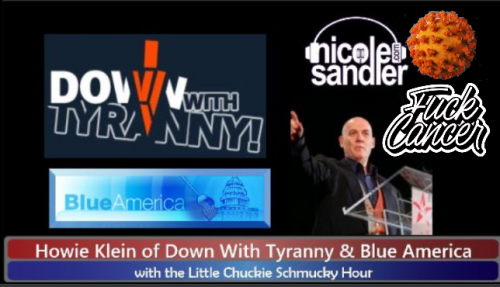 Yes, I have some good news to open the show with today. In fact, the news is so good that it’ll be difficult to put me in a bad mood today.

The five-year anniversary of the surgery I had for lung cancer is coming up on August 30. At the start of this journey, the doctors explained that I’d get scanned quarterly for five years. If at the end of five years, the scans were still clean, I’d be considered cured… and that’s the only time they use that word.

Well, I had my last CT scan on Tuesday, and met with the doctor this morning. He said the magic words. I’m cured!

I’ll still get a screening scan annually, though without the contrast/iodine injection. I made it. I beat lung cancer!! That’s good news.

The rest of the news of the day is not so good… a crazy Trumper threatening to blow up the Capitol live on Facebook from his truck on the Hill had DC shut down for five hours. Thankfully, he just turned himself in without incident. He probably had no explosives either, but I wouldn’t trust him as far as I could throw him.

Three senators have been diagnosed with Covid 19 in the last 24 hours. This shit’s real.

I had an encounter with the word “moderate” today. I may have to talk to Howie Klein about the use of that word where it’s not warranted. Like with so-called Democrat Josh Gottheimer of NJ. He appears to be the ringleader of a small circle of 9 conservadems who appear determined to derail the possibility of passing the two infrastructure bills that would set this country on a decent course for a change.

And it appears that someone is writing a book about Howie Klein’s first record label, 415 records. Here’s a preview!