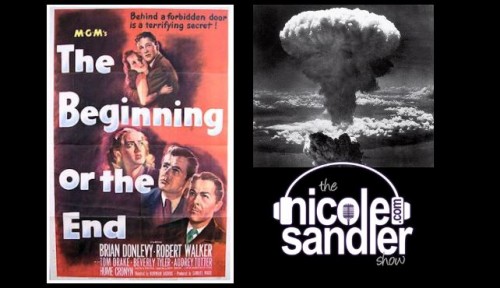 “The Beginning or the End” was the name of a film that, pardon the expression, bombed. It was a big-budget dramatization of of the Manhattan Project and the invention and use of the new Atomic Bomb. Author Greg Mitchell‘s new book of the same name tells the story of this gigantic flop and the government’s role in framing the message of what was supposed to be one of the most significant films of the era. The story not only involved MGM, but Donna Reed, President Truman and Ayn Rand. The book was just released yesterday and, although it chronicles an event that happened 75 years ago, it warns us about secrecy, manipulation and suppression as threats to the planet continue today.

Of course, we begin, as usual, with the latest news .. including the drip drip of decisions from the Supreme Court, and some funny too.