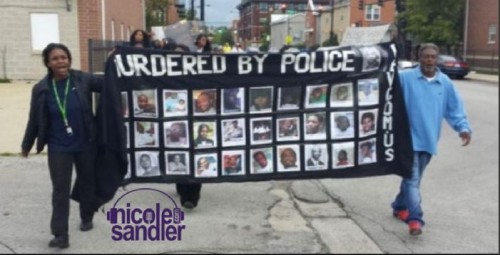 What a fucked up day. It happened again!

This time it was a Minnesota man who was allegedly pulled over because of a broken tail light, although pictures circulating online that show a car with intact tail lights, identified as the car Philando Castile was driving Wednesday evening.

His girlfriend, Lavish “Diamond” Reynolds had the presence of mind to start streaming video to Facebook from her cell phone after a cop shot Castile through the window!

A day after Baton Rouge, LA cops shot and killed Alton Sterling, a 37-year old father of five. The video of that murder shows a cop retrieving a gun from Sterling’s pocket — after he lay dead on the street.

Driftglass joined me in hour one today; Howie Klein in hour two.