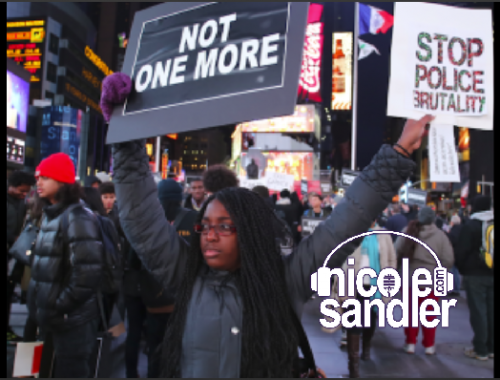 We awoke to an awful déjà vu this morning. Another black man was killed by cops in a show of excessive, brutal police force.

Alton Sterling, a 37-year old father of five, was selling CDs in front of a convenience store, something he did regularly to help support his family. Someone called the cops on him, and now Alton Sterling is dead. We are talking about it because someone captured the shooting on video. And now a second video has surfaced.

And tomorrow, the trial begins for the most senior of the cops who was involved in the wild ride that killed Freddie Gray in Baltimore. Like his two fellow cops before him, this police officer chose a trial by judge instead of by jury and, as an extra treat, he’ll get the same judge who acquitted his two accomplices.

And we wonder why our nation is in such a mess.

Another sad news item today as President Obama announce that he will not draw down our troops in Afghanistan to 5500 by the time he leaves office; instead he’ll increase the levels to 8400. By then we’ll have been in Afghanistan for 15 years. FIFTEEN YEARS.

We must change the paradigm. Good luck to us.

Today, I was joined in the studio by Tim Canova, the man who could help chase the DUH out of FloriDUH, as he’s the primary challenger to Debbie Wasserman Schultz! He is the real deal. Please visit TimCanova.com and do what you can to help those of us stuck down here in the land of crazy rid ourselves of her and actually get a great progressive in Congress in the deal.

We had a short visit with Deborah Newell. We were going to dig into the FloriDUH files to poke some fun at our state. But instead, Deborah told me the news that Chelsea Manning had attempted suicide yesterday. Hillary Clinton gets off after the FBI said she was “extremely careless” with classified information and worse, and Chelsea Manning is rotting in a federal penitentiary.

And finally, Luke Vargas of the Talk Media News Service called in from Rio de Janiero where he’s spent the last 8 days, meeting with the world’s leading research teams studying ties between Zika and microcephaly, providing therapy to affected children and hunting for a vaccine. I’ve also met mosquito control experts, government officials, maternal health workers and religious leaders – all of whom help flesh out this story.

Tomorrow is Thursday — we’ll hang with Driftglass and Howie Klein and you too….