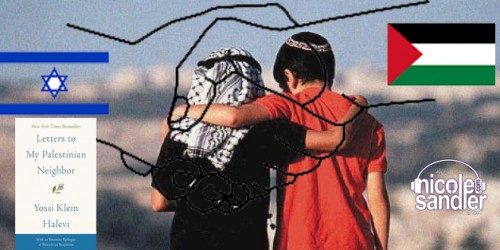 Last month, as hostilities between Israel and the Palestinians were raging, I attempted a conversation with someone with whom I had great difficulty finding common ground. Unfortunately, I quickly realized that he was the wrong person to attempt to talk about achieving peace in the Middle East, as he was all to eager to assign all of the blame to one side. So I kept exploring, looking for someone who was willing to step back and see the other side’s perspective.

I came upon some information about Yossi Klein Halevi . He’s an American- born Israeli author and journalist. Among many other titles, he wrote  Letters to my Palestinian Neighbor.  That’s the book. A companion website is here.

As I learned more about him , I realized that this was who I needed to speak with. Yossi Klein Halevi has opened a dialog with his neighbors in the region. I’m thrilled that he joins me on the show today from his home in East Jerusalem.

Here’s today’s show on video, for those who like to watch.