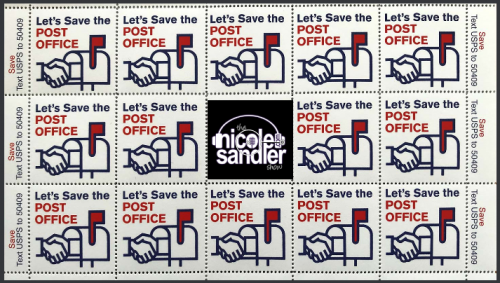 There are a dozen or more serious news stories we’re following — from the killer virus that’s taking over the world to the madman occupying the oval office. One story that stood out to me among the mountains of morass  was out of Portland, where what appeared to be government brownshirts snatching protesters off the streets!

Here’s video I played on today’s show of one of these apprehensions. (It’s not an arrest, right? They never identified themselves, showed a badge or anything…)

But there’s another ongoing story that deserves a lot more attention, and that’s the concerted efforts of a billionaire who’s been working for decades to kill off the USPS. The brilliant Lisa Graves just published a new brief on the issue, and she joins us today to tell us what’s at stake and how we can save the post office.