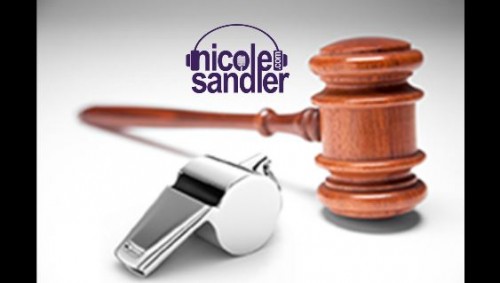 Mitch McConnell will release the new senate wealthcare bill tomorrow, with the CBO score expected Monday. They plan to bring it for a vote sometime next week. This is real – the danger of upwards of 23 million of us losing our healthcare is a distinct possibility.

Today, Senator Bernie Sanders joined me for a few minutes to talk about what’s at stake, and to urge everyone to call and email your senators and urge them to do the right thing– fix the Affordable Care Act, and give us a public option so we can buy into Medicare.

I’ve been thinking a lot about whistleblowers lately, worrying about all the people who are “leaking” information from the D’ump White House to the press, and wondering what kinds of protections are in place for them. I was joined by Stephen M. Kohn, a founding director of the National Whistleblower Center. He is currently a partner in the law firm of Kohn, Kohn & Colapinto and an Adjunct Professor at the Northeastern University School of Law where he teaches a seminar on whistleblower law. Mr. Kohn has a long history of representing whistleblowers and has helped establish important whistleblower protections. In 1985, he published the first-ever book on whistleblower law, and his eighth book on the subject is the highly respected The New Whistleblower’s Handbook (Lyons Press, 2017).