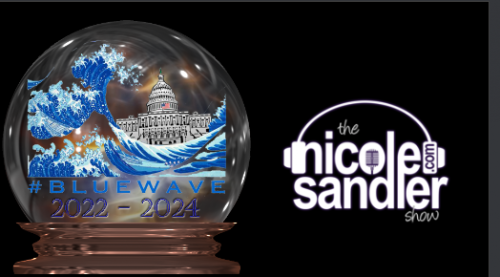 I spent the better part of the show setting up for today’s guest who proceeded to stand me up. I guess we had a miscommunication regarding the time. Or maybe he was punking me. Either way, it was a somewhat entertaining and slightly surreal hour. This is live radio, so this is what happened….

This is what I had planned:

The odds are against the Democrats in the upcoming 2022 midterm elections. It’s the first midterm after a new party took the White House, which historically points to that party losing seats in Congress. We have no margin to play with, so the experts and pundits are predicting the Republicans will take back at least one chamber. New district lines will be drawn based on Trump’s uber-flawed 202 Census and Republicans still have the majority in a majority of state legislatures, who get to draw the new districts. (Can you say gerrymander on steroids?). And then there’s the fact the the Republicans, led by the former occupant of the oval office, have been lying about our elections, casting doubt on their legitimacy, who’ve spent all their time since November 2020 trying to make it more difficult for us to vote. The outlook for the midterms and even the 2024 presidential elections doesn’t look very rosy for the Democrats. Our guest today says none of that matters. Guy Saperstein is one of America’s must successful civil rights attorneys. He’s retired now, but is one of the progressive movements biggest champions and biggest donors. And he says the Democrats are going to run the table in the upcoming elections, and predicts the GOP might not even exist when the next presidential election day rolls around. We’ll have that discussion today.

Well, we didn’t have that discussion. I don’t know if he was gaslighting me or just got the time mixed up. Either way, I guess it was too good to be true.

Have a great weekend. I’ll see you Monday.