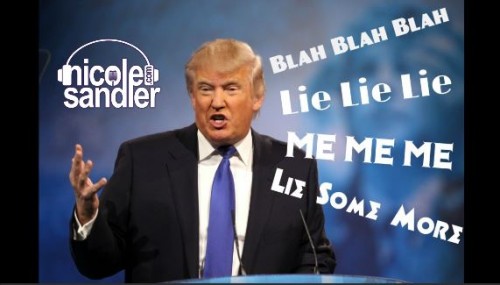 It’s a good thing it’s Friday, as I don’t think we could take another day of this week.

Today, the resident tweeted a threat at Comey, that also insinuated that he secretly tapes visitors to the White House!

James Comey better hope that there are no “tapes” of our conversations before he starts leaking to the press!

And he threatened to end all White House Press Briefings

As a very active President with lots of things happening, it is not possible for my surrogates to stand at podium with perfect accuracy!….

…Maybe the best thing to do would be to cancel all future “press briefings” and hand out written responses for the sake of accuracy???

That’s on top of throwing his communications people under the bus in his interview on NBC last night, and more!

Today, former CIA officer Jack Rice returned to the program to talk about the insanity and ramifications.

And at the top of the show, I spoke with progressive activist Jonathan Huston who gave us a way to act on the Comey firing:

CALL @TheJusticeDept Inspector General, 800-869-4499, to report that Attorney General @JeffSessions has NOT recused himself from #RussiaGate