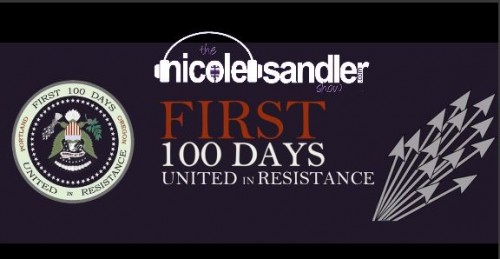 Trump today introduced his tax plan, which would cut corporate and small business rates down to 15%, repeal the Alternative Minimum Tax for individuals and otherwise enrich the wealthy and hurt the struggling… Did you expect anything less? Many experts say this plan could cost upwards of $6 trillion!

D’ump signed an Executive Order calling for a “review” of our national monuments, with the goal of reversing the many lands that President Obama had designated as national monuments in order to protect them from drilling, mining, fracking and other destruction. Ugh.

With all of that as a backdrop, I was thrilled to welcome John Nichols, national affairs correspondent of The Nation, back to the show to talk about his new lede editorial in the May 8 issue, “The First 100 Days of Resistance Restored Our Faith in Democracy.”