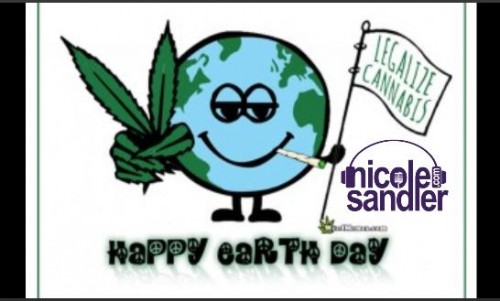 Tomorrow’s Earth Day, and yesterday was 4/20. It’s time to party!

First, we celebrated the ouster of Bill O’Reilly with a call to Angelo Carusone. Angelo is currently the president of Media Matters, but when I first met him almost a decade ago, he was a law school student tweeting under the @StopBeck handle, letting advertisers know just who they were supporting. His efforts got Beck booted off of Fox so-called-news.

He’s since graduated law school and run a number of similar campaigns. This week’s victory, letting Bill O’Reilly’s advertisers know what they were up against, was a biggie. So we chatted and basked in the glory!

I also spoke with Stuart Titus, Ph.D., the president and CEO of Medical Marijuana, Inc, one of the participants at this weekend’s World Medical Cannabis Conference and Expo 2017, going on now in Pittsburgh!