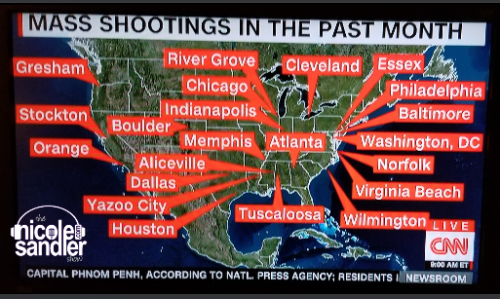 Closing Arguments are going on today in the trial of Derek Chauvin, the cop who killed George Floyd by kneeling on his neck for over 9 minutes last year.

Since the trial began on March 29, at least 64 people have died at the hands of law enforcement nationwide.

And since we were shocked back into reality on March 16, when eight people were killed at three Atlanta-area spas, the US has had at least 50 mass shootings. Perhaps by showtime, Chauvin’s defense attorney will have wrapped up his closing arguments, which the judge just interrupted for lunch!

Minneapolis-based defense attorney Jack Rice returns for some final analysis as the case goes to the jury.

It’s Showtime! Guns are killing us; Cops are too. And we’re getting to the end of the murder trial of the cop who killed George Floyd. @jackrice returns to share his expertise… https://t.co/iZ6W9TlzjT