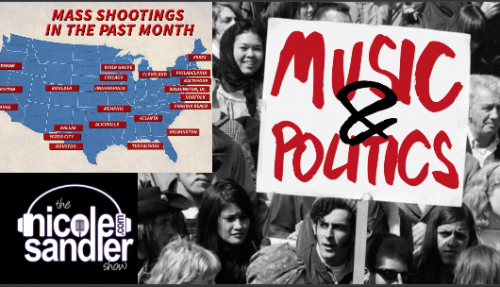 I’m glad this week is over. I can’t even recite the mass shootings and cops who killed Black men (or boys) in the past week, because this shit has reached pandemic proportions. Or, more accurately, epidemic, as it’s only here in the US.

I did check in with The Intercept’s Ryan Grim who broke the story this week about Democrats introducing legislation to expand the number of justices on the Supreme Court. He’ll give us the story on that, plus weigh in on the PRO Act and DC Statehood.

Then we’ll segue into the weekend, as I’m joined by Greg Mitchell. The former writer for The Nation and second in command at Crawdaddy has roots in both the news/politics and music worlds. His newish newsletter, “Between Rock and a Hard Place” embraces both beautifully. Subscribe (for free) at gregmitchell.substack.com.

It’s showtime! Just click below to watch/listen. I’m joined today by @RyanGrim & @GregMitch and perhaps you too? https://t.co/aHYHWtLmnP