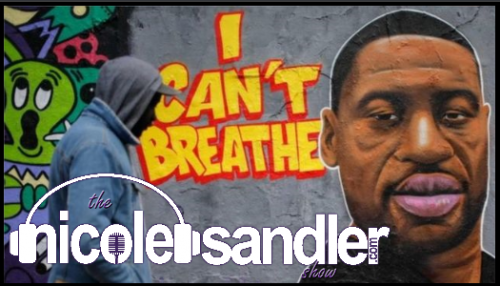 The senate is in the midst of another vote-a-rama today ahead of a vote, sometime this weekend, on the $1.9 trillion covid relief bill. Today on my show, we’ll look ahead to Monday, when the murder trial begins for Derek Chauvin, the Minneapolis police officer who knelt on the neck of George Floyd for almost 10 minutes, ultimately killing him.

Jack Rice is an old friend and colleague from Air America Radio who is also an attorney. He’s been a prosecutor and is currently working as a criminal defense lawyer. Today, he joins me for a preview of the trial that begins on Monday and brings the perspective of one who lives just blocks away from where George Floyd was killed. Is Justice possible? We’ll discuss…

And today’s show runs a bit long, as I had to say a few things about the filibuster and the 7 Democrats (plus Angus King) who voted against the $15 minimum wage. Ugh.

And Kyrsten Sinema. As much as I despise Joe Manchin (and I do), she’s running a close second. She not only voted against the $15 minimum wage, she did it like this.

She also brought a chocolate cake with her, reportedly for the senate clerks who had to stay and read the damned bill into the record for 11 hours the night before. So on top of her catholic school girl outfit, her John McCain thumbs down and her exaggerated sense of self-worth, she’s letting them eat cake?

I ended the show by reading some of Norm Ornstein’s Washington Post op-ed from earlier this week, “Democrats can’t kill the filibuster. But they can gut it.”

Read it, share it. It makes sense… Norm Ornstein will guest on the show one day next week…