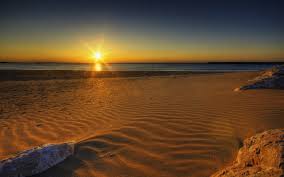 Deep breath in, deep breath out. It’s a new week, and a new month.

And it brings a whole new batch of crapola with it…

From the hubris and bravado of the GOP at CPAC, to their inability to even pass funding for the Department of Homeland Security in Congress, today’s Republican party is shameful.

Rand Paul continues promising to repeal the Affordable Care Act, taking access to health care away from millions of Americans who’ve now had it for over a year. In case Paul’s plan doesn’t work, there’s always the Supreme Court,  who on Wednesday will hear the challenge to the law, which is all about four words.

They seemed to say that its tax-credit subsidies were limited to people living where an insurance marketplace, known as an exchange, had been “established by the state.”

Tomorrow, Israeli Prime Minister Benjamin Netanyahu will speak before a joint session of Congress (minus some), advocating to our legislative branch of government against exhausting every possible diplomatic measure in favor of war.

And some wonder what I mean when I talk about Opposite World.

And, on a sadly related note, the Department of Justice is expected to release a report detailing racial bias in Ferguson, MO.

Welcome to the new week, and the new month. And so it goes…

Trita Parsi, PhD, President, National Iranian American Council, and author of  Treacherous Alliance – The Secret Dealings of Israel, Iran and the US  and A Single Roll of the Dice – Obama’s Diplomacy with Iran, joined me in the second hour of today’s show. His article, “To Netanyahu, Peace Is an Existential Threat” is featured today at Huffington Post.

In the first hour, I spoke with Nick Steffens of Awake the State‘s Broward chapter. Tomorrow, opening day of the Florida state legislative session, is also the 5th annual Awake the State day.

I’ll be attending the rally in Ft. Lauderdale (I’ll see if can wrangle Alison and Jaxson to join me). If you’re in Florida, join on in!

But I’ll be back here first tomorrow morning, with media consultant Joel Silberman and Ryan Grim of Huffington Post, radio or not!