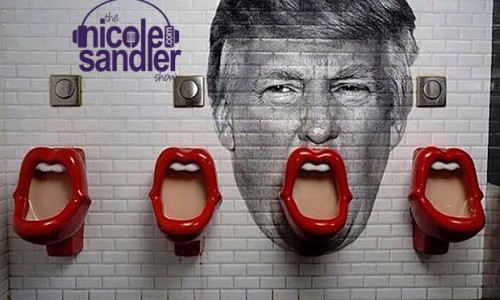 It’s over..again. Donald Trump (D’ump abbreviated) won the electoral college vote, so barring any miracles, he’ll be sworn in as our 45th president on January 20. It’s Tuesday, so GottaLaff helped me traverse the muck.

Plus, yes, my sister & niece were robbed at gunpoint in front of their home! If it were up to me….

Tom Arnold is an asshole. He says he has the tape that could have possibly saved us from Donald Trump, and he didn’t turn it over. If he has it, I challenge him to produce it now. (Trump hasn’t been inaugurated yet!)

And hell has frozen over. Seriously. Watch this. I’m not kidding.

If anything thaws, I’ll be back tomorrow with Margaret Cho!!!