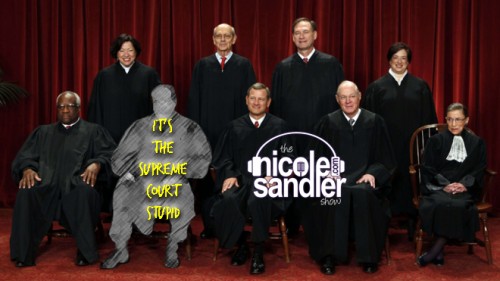 Blue America’s Howie Klein is my regular Thursday guest. Since he couldn’t be with us today, I didn’t want to wait a week to get his thoughts on the race to replace Nancy Pelosi as the House Minority Leader.  Although I’d never heard of Congressman Tim Ryan of Ohio before this week, he just threw his hat in the run to run.. And then there’s the almost-humorous item about some members pushing the horrendous Joe Crowley to challenge her.   Here’s Howie’s response:

Crowley would be the worst possible solution to the Pelosi problem. Tim Ryan has no leadership characteristics that I’ve ever noted and also has no backbone. He’s been anti-Choice and then decided he was wrong about that and has dithered for a fucking DECADE about abandoning the anti-Choice position, gets right up to the edge of making an announcement and then backs away, I think he finally did it recently. He’s a good vote on economic issues but the opposite of a leader.

Has anyone started a Draft Barbara Lee campaign yet? Please??

In Howie’s stead, I was thrilled to have David Dayen join in to talk about a piece he wrote for The New Republic, “Obama Can and Should Put Merrick Garland on the Supreme Court,” though in the day since he wrote it and now, he’s less bullish on the idea — but I did see this piece in the Washington Post along the same lines.

We also discussed the filibuster and many more questions that have arisen since our electoral college amassed enough votes to elect a mentally deranged person to the highest office in the land.

As I said when I brought him on, Dayen’s book Chain of Title is a must-read for anyone who cares about the biggest fraud perpetrated on the American public in history. And you should sign up for his newsletter, as David Dayen is not only one of the best journalists writing today, he’s also one of the most prolific. You don’t want to miss his stuff!

At the top of the show, I asked Victoria Jones of the Talk Media News Service to explain the significance of the White House protected press pool and why D’ump’s ditching of them last night was such a big deal and more…

Tomorrow, Joel Silberman returns with what I’m sure will be words of wisdom to help us through the weekend!