11-16-20 Nicole Sandler Show – Tuesdays with @GottaLaff: Is It a Transition Yet? 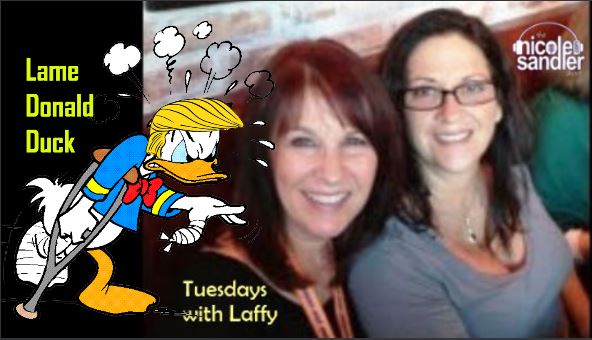 Today marks 2 weeks since election day, and the orange menace occupying the White House still refuses to concede and let the incoming Biden transition team get to work. It get more infuriating with each passing day. And Trump is making noises about taking military action against Iran, selling leases for drilling and more inside ANWR, and firing defense and other officials who are perceived to not be sufficiently loyal to Trump. Makes you wonder what he’s up to…

It’s Tuesday, so GottaLaff is here to share her Twitter feed with us for the latest news.

Today’s funny was the latest from Founders Sing, with a little help from Jon Bon Jovi