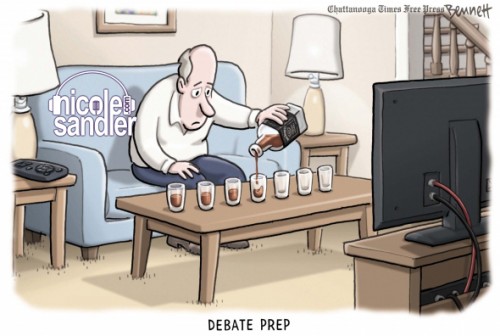 In case you missed it, James O’Keefe – the slimy twerp whose “Project Veritas” uses hidden cameras and creative editing to smear people and ruin lives has struck again. After destroying ACORN, trying to derail Planned Parenthood, and a few other escapades, this time O’Keefe went after Democracy Partners.

The latest ‘gotcha’ videos from conservative provocateur James O’Keefe’s Project Veritas Action have some shocking claims that, if they are true, would indicate Democrats are playing dirty to get Hillary Clinton elected.

In one video, a contractor seems to brag about sending homeless and mentally ill people to harass Republicans. Someone identified as a Democratic National Committee staffer appears to claim credit for pushing Republican contender Donald Trump’s rally in Chicago toward violence. In another, consultants look like they are describing a plan to bus voters across state lines and registering immigrants in the country illegally to vote.

Mike Lux was my guest today. He’s a partner at Democracy Partners, as is friend of the show Joel Silberman. Thankfully, neither of them were involved in this sting, but Mike filled us in on what happened. Sadly, Bob Creamer left the group so as not to become a distraction to the campaign.

We also discussed Mike’s new role as a special adviser to Donna Brazile, interim chair of the DNC.

Tomorrow, the state of the congressional races with Howie Klein. Until then….