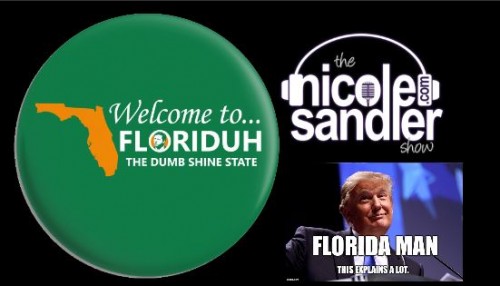 It’s Friday, and some of us made it through this week. What a week it was. The sitting president incited his cult followers to insurrection. I’ll have the latest news on the efforts to keep the traitor Trump from damaging our nation any further in the 12 days left before he’s evicted from the White House.

After the very serious news, I’ll correct a case of mistaken identity– it WASN’T Jeff Daniels, but really a talented man named Bruce W. Nelson! (Follow the link to his YouTube channel and tons of great videos!)

He joined us so I could apologize in person (but he does look like Jeff Daniels, right? See Jeff Daniels on the air with my former colleague Jim Kerr here).

But I believe him now 🙂  He performed a couple of songs for us, including a brand new one he just wrote. Here’s one of his most popular

Long-time friend of the show Deborah Newell Tornello returned for an Oy FloriDUH session. It’s long past time to shine a spotlight on the idiots that inhabit our state, now including Donald Trump.