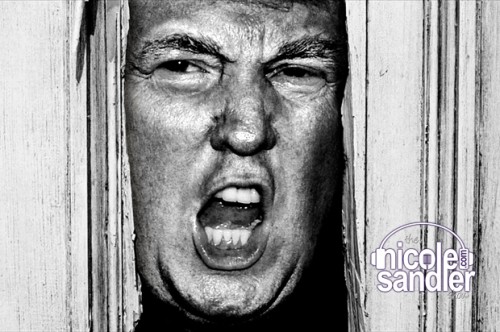 Howie Klein was MIA today (turns out a neighbor had an emergency and he sprang into action), but he’ll be back with us next week.

So, we went over the 12 executive orders that D’ump has already signed, and I shared with you my experience calling my two senators and one representative today.

I promised to share the info that was forwarded to me by a listener about how best to engage them. And don’t forget to check out Indivisible. I shared info on yesterday’s post…

From a high-level staffer for a Senator:

There are two things that all Democrats should be doing all the time right now, and they’re by far the most important things. [***If you want to share this, please copy and paste so it goes beyond our mutual friends***]

–> You should NOT be bothering with online petitions or emailing.

When you go, ask questions. A lot of them. And push for answers. The louder and more vocal and present you can be at those the better.

You should make 6 calls a day: 2 each (DC office and your local office) to your 2 Senators & your 1 Representative.

The staffer was very clear that any sort of online contact basically gets immediately ignored, and letters pretty much get thrown in the trash (unless you have a particularly strong emotional story – but even then it’s not worth the time it took you to craft that letter).

Calls are what all the congresspeople pay attention to. Every single day, the Senior Staff and the Senator get a report of the 3 most-called-about topics for that day at each of their offices (in DC and local offices), and exactly how many people said what about each of those topics. They’re also sorted by zip code and area code.

She said that Republican callers generally outnumber Democrat callers 4-1, and when it’s a particular issue that single-issue-voters pay attention to (like gun control, or planned parenthood funding, etc…), it’s often closer to 11-1, and that’s recently pushed Republican congressmen on the fence to vote with the Republicans. In the last 8 years, Republicans have called, and Democrats haven’t.

So, when you call:

From experience since the election: If you hate being on the phone & feel awkward (which is a lot of people) don’t worry about it – there are a bunch of scripts (Indivisible has some, there are lots of others floating around these day). After a few days of calling, it starts to feel a lot more natural. Put the 6 numbers in your phone (all under P – Politician. An example is McCaskill MO, Politician McCaskill DC, Politician Blunt MO, etc…) which makes it really easy to click down the list each day.

My addition: I live in DC, with no voting representation – what do I do?? I’ve been calling senators on committees who are dealing with nominations. I figure their job is to represent all of us, and where staffers ask for my zip code, I give it to them and politely say D.C. has no senators. (For some I’d like to say, “and also your boss thinks it’s his/her business to f*** with the District’s democratically passed laws.”) It’s not perfect, but it’s better than not calling, and some don’t ask for zip code/location at all.