It figures. Trump is impeached again- the first time in history a president is impeached a second time, and my internet went down. Thanks AT&T! At least it wasn’t only me, they were down all over South Florida, as if that makes it any better?

I did my best under less than ideal circumstances. I tried connecting to the internet through my cell phone’s mobile hotspot (thankfully I don’t have ATT as my cell provider), and that helped a bit… My internet returned up shortly before the end of the show, so at least I was able to share some audio from the House debate earlier in the day.

I also shared the first-hand account of what it was like being in the House chamber during the insurrection from NBC News producer Haley Talbot. And I had a scratchy conversation with The Daily Beast‘s Asawin Suebsaeng, who’s got pool duty today at the White House. We’ll be back tomorrow, AT&T permitting….

Because we could all use come calming (and I forgot to post them yesterday), here are my two latest paintings (and yes, they can be yours for a donation to the show!) 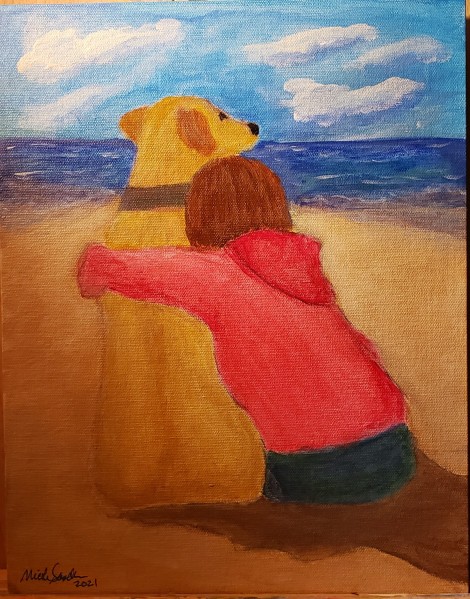 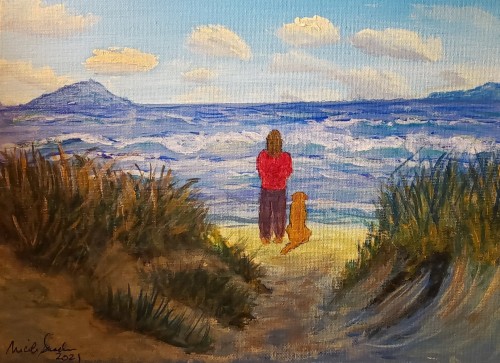