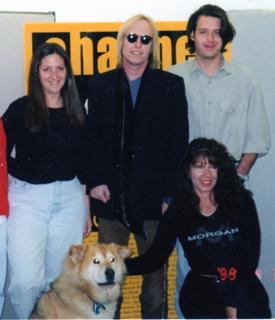 Since I spoke with Jon Scott – the guy who broke Tom Petty and the Heartbreakers and wrote about it in his new book, Tom Petty and Me on Friday’s show, I thought I’d share my one and only interview with him as well.

It was April of 1999, and the 10th studio album from Tom Petty & the Heartbreakers, Echo, had just been released. I was working at Channel 103.1 in Los Angeles. Tom didn’t perform for us, but hung out with me in the studio where we talked and listened to songs spanning his career.