Can We Still Overcome? 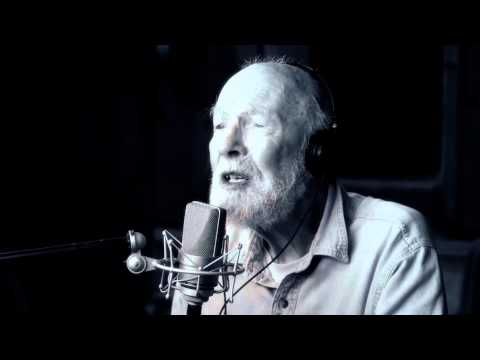 The world lost a treasure. Pete Seeger died at the age of 94 after a lifetime of music and activism. He probably didn’t always see his actions as activism, but as doing what he thought was right. But we owe him a huge thanks.

The NY Times ran a lovely obit today that struck all the right chords. But after I already finished today’s show, I read a tweet that alerted me to the best salute to Seeger – Bruce Springsteen’s introduction of our global treasure at Pete Seeger’s 90th Birthday Concert:

Remembering Pete Seeger helps us remember the great hope we had on that day, as tonight we’ll listen to President Obama deliver his fifth State of the Union address.

I wish he’d display some of Pete Seeger’s fearlessness in standing up to those who oppose him . At the very least, I’d be thrilled if President Obama would take the advice of Credo Action and announce these changes tonight:

As we learned this morning, number 8 is happening! Let’s get him to act on the other nine and, while he’s at it, he should announce that he has now realized the error of his ways and is pulling his support from the Trans-Pacific Partnership (and all other similar so-called Free Trade treaties).  A girl can wish…

This morning on the show, I was honored to talk with the always insightful Digby about the problems and missteps by this administration, with their recent typical decision to capitulate to their critics and “tone down” the rhetoric of “income inequality” in favor of “ladders of opportunity.” I kid you not. And that, my friend, is illustrative of Obama’s problems. It’s the perfect metaphor for his inability to get anything done.

GottaLaff joined in for hour two, as he does on Tuesdays. She’s still dealing with the sudden loss of her friend and partner at The Political Carnival. I implored her to join in as usual, as retreating to a place of solitude can only prolong the grief. Unfortunately, the “income inequality” that our president is too chicken shit to invoke is what cost Paddy Kraska her life. When a two-income, two-person household can’t afford heat or hot water in the winter, income inequality is the root of our problems.

I opened the show today with the Pete Seeger/Bruce Springsteen performance of “This Land is Your Land” at President Obama’s 2009 inauguration. Although the song was written by Woody Guthrie, Seeger often performed it – and he added a few verses.  From the Pete Seeger appreciation website, the lyrics as Woody wrote them, plus this:

Maybe you’ve been working as hard as you’re able,
But you’ve just got crumbs from the rich man’s table,
And maybe you’re thinking, was it truth or fable,
That this land was made for you and me.

Woodland and grassland and river shoreline,
To everything living, even little microbes,
Fin, fur, and feather, we’re all here together,
This land was made for you and me.

And a Native American verse:

This land is your land, but it once was my land,
Until we sold you Manhattan Island.
You pushed our Nations to the reservations;
This land was stole by you from me.

Check back as I compile my thoughts on why we need to change the national anthem from one about bombs and wars to this bit of brilliance.